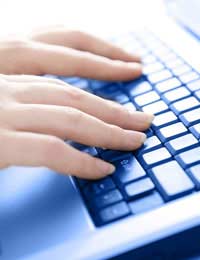 eBay is a wonderful forum but it’s important to understand that it’s basically just a host, and that the real interactions are between successful bidders and the sellers. At the conclusion of an auction, payment and shipping is arranged directly between those two.As people bought and sold regularly, eBay needed a system to show how trustworthy people were, and what they came up with was Feedback. Everyone on eBay has a Feedback Profile.

After each deal, the participants are supposed to leave feedback for each other. There are three basic categories – positive, neutral and negative – with room for a brief comment. In many ways, it’s bare bones, but give others an idea of the way the transaction went, and how reliable the buyer or seller may be. As your positive feedback increases, the symbol next you your eBay ID changes, with a red shooting star the highest, representing a score over 100,000.

You can respond to a negative comment (there’s no need to reply to a positive one, of course). Your feedback score is available for others too see, along with comments.It’s not a perfect tool, of course, but a reasonable way of showing how trustworthy you are, as well as how much business you do on eBay. You should always check a seller’s feedback, including comments, before bidding on an item, and avoid those with a large number of neutral and negative ratings. As a general rule, if there’s less than a 95% positive rating, you should avoid the seller, and be way of anyone with less than 97%.

After each transaction, whether you’re the buyer or seller, remember to leave appropriate feedback for the other party, and hope they do for you, too. You can rate on several other factors, but they’re not shown in the Feedback Profile.

The Problems With Feedback

Feedback isn’t an ideal system. People will leave negative or neutral feedback for you for minor, often utterly wrong, reasons, and you have little recourse. EBay does have policies about feedback, but negative feedback will only be removed when it’s been left in error (there are a number of other reasons, but that’s the main one to concern you). However, if you have a dispute with someone and it’s resolved, you can mutually agree to withdraw feedback. In very extreme cases you can ask eBay to investigate whether the feedback left is defamatory.There are instances of people holding feedback for ransom – a “you give me positive feedback or I’ll leave you negative feedback” situation, which puts you in a bind, especially if the transaction hasn’t been good.

But when people rely on feedback so much, that can happen. As said, it’s not a perfect tool, by any means, but the only feasible one.

You do have the choice of making your feedback public or private. However, if you choose the private option, you’re not allowed to sell on eBay.

In essence, your eBay feedback is your reputation. It’s how others see you and judge you, so the better it is, the higher the regard in which you’re held.

Can You Trust an Estate Agent?