Buying a Holiday Home from a Property Auction: A Case Study 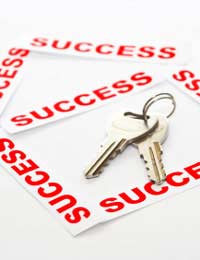 Irene Thomas and her husband Bernard had always dreamed of living abroad. However that dream soon turned into a nightmare, as Irene explains.

“My husband and I had wanted a place in the sun since we first got married over 30 years ago,” says Irene. “We used to holiday in Spain quite a lot and coming home was always so depressing. Still, we had jobs and young children who had to go back to school so we just had to get on with it.

Making the Dream a Reality

“Years later though, once the children had grown up and moved out we began talking about our dream of a home in the sunshine again. Bernard had taken a redundancy pay out and we had enough money to buy our perfect home.

“We didn’t want to not have a base in England as my daughter had just given birth to her second child and my son was recently married and would probably be starting a family soon. So we decided instead to downsize our property in England – we didn’t need a four bedroom house for just the two of us – buy a one bedroom bungalow instead and put the rest of the money with Bernard’s redundancy money to buy our place in the sun.”

Irene and Bernard had heard about property auctions and seen various TV programmes which showed many couple grabbing a bargain property abroad at specialist auctions. They decided to give one a go.

“We heard about an auction near to where we lived and thought we’d check it out,” says Irene. “We went to the auction house and were given a brochure for the overseas property auction that would be taking place in six weeks. On the third page of the brochure was our dream home! Newly built, all white and bright, with an outdoor pool, terrace and balcony.”

But the couple had heard of some of the pitfalls involved with auctions and wanted to be careful.

“We didn’t want to buy on the basis of a photo,” says Irene. “We booked budget flights to the town it was in and checked it out for ourselves. It was beautiful though, exactly how I’d always imagined it.”

The couple attended the auction, made their bid and were delighted when it was accepted.

“We couldn’t believe we had just bought our dream home,” says Irene. “I couldn’t have been happier.”

From Dream to Nightmare

However just six months later that dream would turn sour.

“We had only been out to the property three times when we received a letter from the local court telling us there had been no planning permission granted to build our property or any of the neighbouring houses and as a result they were to be torn down,” says Irene. “We were just devastated. We thought we had been so careful in going to check the property itself, we didn’t even consider planning permission. We thought that had all been taken care of.”

Irene and Bernard, along with the other home owners in the area, are now planning on fighting the court order.

I Made a Fortune Selling on Online Auctions: Case Study