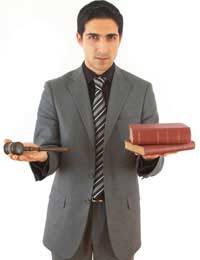 Before you go spending money at auctions it’s well worth knowing how you’re protected by consumer law – or even if it protects you at all.

Depending on the type of auction, your rights vary greatly, so it can be a little confusing. In many ways, you can be better off doing your auction buying online.

The 1979 Sale of Goods Act gives the consumer certain rights. When you buy something it must match its description, be of satisfactory quality, and fit for its purpose. If you buy something new at auction, or buy something second hand at an auction you could not attend, you still have these rights, and if the goods don’t meet these standards, you have every right to return them for a repair, replacement or refund.

However, if the goods are second hand, you attended the auction and you were informed that the Sale of Goods Act didn’t apply, and the auctioneer can show this was reasonable and you still bought the item, then you lose your rights.

If the Sale of Goods Act does apply to the lot you bought, then you might get restitution if the seller is a trader. If it’s a private individual, your rights alter. If the description proved false, you might have a claim – contact the auction house. Beware of guarantees, since they may not transfer to a new owner.

In the case where the item proved to be unsafe, caused damage or if the auction house has been negligent or made a false statement about the item, you might be entitled to compensation. Contact the auction house, showing your proof of purchase. With damage caused or unsafe goods, talk to a lawyer.

If you buy a vehicle at auction, you may find that you have no rights. If you do have a complaint, it might be best to start by consulting the Citizens Advice Bureau.

When it comes to Internet auctions, things become a little more complex. If the seller is a private individual, then as long as the goods are as described, you have no recourse – the rest of the Sale of Goods Act doesn’t apply.

However, some sales on auction sites aren’t auctions at all. If the item is “Buy It Now,” it’s not an auction, but a sale, and your rights depend on whether the seller is a private individual or a trader. If it’s a trader, then your rights under the Sale of Goods Act apply. Additionally, because it’s classed as distance selling, in most cases you’ll have the right to a cooling off period of seven days, and the trader should inform you of this. You can cancel your order in writing, and the trader must return your money within 30 days.

Remember, however, that the basic rule of buying at auction is caveat emptor – let the buyer beware. Consumer rights can help protect you, but ultimately the responsibility lies with you.