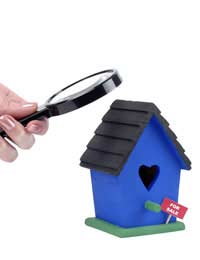 A sealed bid auction is somewhat different from normal bidding. Of course you still put in a bid, and you’re bidding against others in the auction, but in many ways that’s where the similarity ends.

Unlike a normal auction, you don’t have the chance to revise your bid and go higher. What you write down and submit is your one chance to bid on the item. You don’t know what others are offering. That means you not only have to offer what you feel is a fair price, and one that will capture the item, you have to possess a shrewd idea as to what the competition is likely to bid.

To all intents and purposes, there are two types of sealed bid auction. The sealed bid first-price auction is one where the item goes to the person with the highest bid. He then pays that bid to secure the item.

Somewhat less straightforward is the sealed bid second-price auction. With this, the person who has the highest bid actually pays the second-highest bid, instead of the amount they offered in their bid. In many ways it makes no sense – especially for the seller, who receives less than he might have done otherwise – but it exists.

Where Do You Find Sealed Bid Auctions?

You might be surprised to learn that sealed bid auctions are becoming more popular in the property market, although you tend to find them where a couple of interested people have made the same offer on a property (going back, sealed bid auctions tended to be on properties that needed a lot of work, making them hard to value). The idea is to avoid gazumping.

These usually work by allowing a viewing period of a few weeks (which gives prospective buyers a chance to have builders and surveyors asses the property). Those who wish to can then submit their bids at a pre-arranged time.

The problem is that a sealed bid – unlike a winning bid in a normal auction – is not a contract. The seller isn’t obliged to accept the bid, and can even negotiate with another buyer, which is perfectly possible if the auction bids don’t go well above the original asking price. In other words, the system works well as long as the seller agrees to sell to the highest bidder; otherwise, it’s worthless.

There are also a few sites that sell consumer items by sealed bid. You normally pay a fee to enter an auction (of up to £5, the company says) and then make your bid. Items are generally all new, and there’s a reserve price over which the seller will accept bids. Having the winning bid doesn’t obligate you to buy the item.

With the low bid auction, the entry fee is often higher, and it requires a certain number of people to bid, after which the lowest unmatched bid wins the item. That means if many people bid, say £1, but only one person bids £3, that person will win.

Things to Consider With a Sealed Bid Auction

For the seller, you might not realise as much money from a sealed bid auction as you would from a normal in-person auction. Whereas an in-person auction spurs competition, a sealed bid auction only inspires people to bid just enough to win the item.For buyers, it really helps to do your research thoroughly, to know the value of the item, and also to have a good grasp to psychology to understand what the competition might bid.